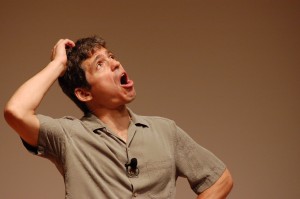 Allan can recite hundreds of poems from memory.

Allan’s book about the, RMS Titanic, The Watch That Ends the Night, was named one of the Fifty Best Young Adult Books of All Time.

Allan is a Third Degree Black Belt in Tae Kwon Do.

Allan once had a pet chicken named “Attila, the Hen.”

Allan is a Dad with three kids, two boys and a girl.

Allan never watches television. (He doesn’t even
own one!)

Allan plays drums in a band called The Squirrels.

Allan dreams of one day living in a house
with a secret room.

Allan can ride a skateboard standing on his hands. 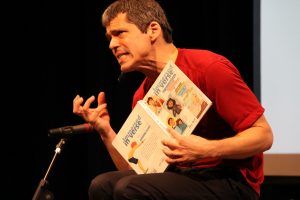 Due to COVID, Allan’s schedule of presentations is in flux, contact us directly for updates

Friday, April 16 Winners will be announced in a live-streamed ceremony and on Twitter @latimesbooks The Los Angeles Times Festival of Books is presented in association with USC.